A 66-year-old man visited my clinic because of nausea, vomiting and fever. He visited other hospital 2 days ago, and diagnosed as acute enterocolitis.

His body temperature was 38.8℃ and coarse crackle was audible on left chest. Blood test was revealed elevated WBC(12900/µl) and C-reactive protein(7.4 mg/dL). X-ray and Computed tomography examination showed pneumonia on left side. 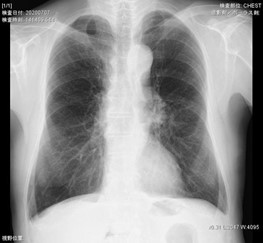 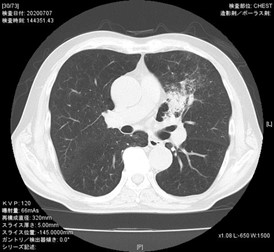 In this case, nausea was the first symptom of pneumonia. There were no subjective symptoms (coughing, sputum) of pneumonia at first. Aspiration pneumonia should be considered because his chief complaint was nausea. However, it was not likely, because his pneumonia was shown on left side.

A 62-year-old woman with rheumatoid arthritis was referred to my clinic from her primary physician. She has been treated with methotrexate(8mg/week) and adalimumab(40mg/2weeks) for a year. An X-ray examination revealed structural improvement on her joints. 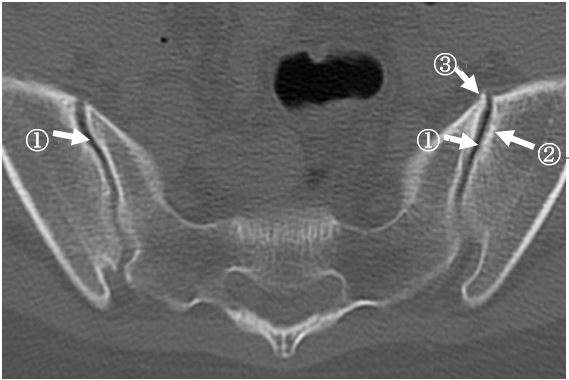